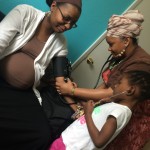 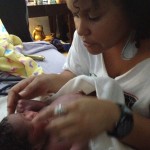 FATIMA MUHAMMAD, MPH has worked in maternal and child health for over 14 years. Her passion for women, children and babies began with the birth of her niece when Fatima was only 12 years old. Six years later she began her journey to becoming a doula, parent educator, community advocate and eventually a student midwife. Her work with families has guided her to serve both nationally at places like Casa de Nacimiento in El Paso, TX and as far as Atiak, Uganda, internationally. While apprenticing as a student midwife Fatima also works for a community based organization. There she assists numerous teens and families in their parenting practices. She also specifically assists African American women to have optimal birth outcomes through providing information, education and support through the “Birthing Project”. 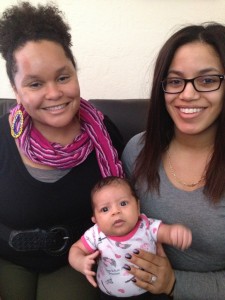 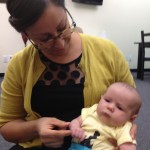 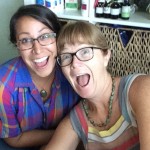 A rug merchant’s daughter, Mona was born and raised in the heart of the Southwest, in Santa Fe, New Mexico, where she grew up in a culturally diverse and eclectic community. After hearing the word “midwife” for the first time a passion was ignited, and she has been responding to that call ever since. It is Mona’s sincere belief that the impact of birth extends beyond one moment, and in fact directly correlates to the spiritual, social, and emotional health of the family, thereby influencing the health of the community at large. One day Mona hopes to serve as a Midwife educator in an effort to raise up indigenous resources to promote sustainable women’s wellness in communities around the world.

Beyond her love of all things connected to birth literally and metaphorically, she enjoys spending time with her sweet husband, reading, watching TV, and hanging out with her junior youth group. 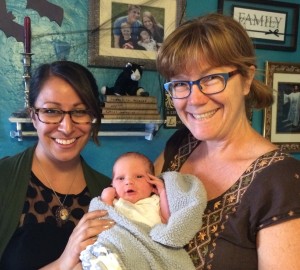 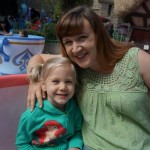 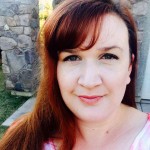 Rose is a second generation Arizona Native. She is the mother to seven children, five of whom were born at home.

After a very empowering second birth at a freestanding birth center with a CNM she began attending friends’ births as a support person in ’99. In 2008 she became certified to and started teaching childbirth classes and attending births as a doula. She holds a Lamaze cert for CBE and a DONA doula cert.

I believe a woman is the most qualified person to make birthing decisions for herself and her baby. All women deserve respectful, individualized care and autonomy with that care. 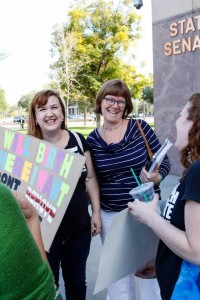 I could not do what I do as a licensed midwife without students. They are my right hand and my sanity! I am blessed to have such amazing students surrounding me and loving the families FATS serves! Come hang out with them every Wednesday 10-12 at mama circle and watch for their posts here as they write about the wisdom they are learning!

Freedom and the Seed LLC